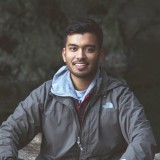 About a week ago, we attended the ‘Mexico+Canada: The Next Six Years’ forum. This was a timely event for us since we are currently working on opening a new Research & Development Centre in Guadalajara, the capital of the state of Jalisco.

After hearing the keynote speakers, we took part in some great panel discussions, all of which happily (!), confirmed for us that Mexico is indeed the perfect place to expand our business.

With the country’s booming tech industry, the abundance of experienced IT talent and its diverse culture, we’re excited to embark on this new venture in Mexico’s public sphere.

Guadalajara, the second most populated city in Mexico, is known as the “Mexican Silicon Valley” for being the most important technological cluster in the country, recognized worldwide for the development of the software industry.

Some of the biggest IT companies have set up shop in Guadalajara, including Toshiba, IBM, HP, Oracle, Cisco, and Intel.

Aside from the big multinationals, Guadalajara also continues to host many technology entrepreneurs and start-ups. As early as 2010, ex-Google employees Sean Knapp and brothers Bismarck and Belsasar Lepe, founded Ooyala, an online video company. Massively successful, Ooyala was sold to the Australian telecom giant Telstra in 2014 for $410 million.

The start-up trend continues today with an estimated US $120 million invested in more than 300 high-tech start-ups over the past four years.

Among the more consolidated start-ups, are Sunu, which makes wristbands for the visually impaired, and Unima, which is designed to do medical testing in remote areas that lack doctors. The latter attracted funding from both private investment and the Gates Foundation.

Abundance of IT Talent

Jalisco holds 40% of the IT industry in Mexico, with more than 650 specialized companies generating 100,000 jobs.

In an area where the average age is 25, getting an education is made easier by access to the 16 technology institutes and 12 universities in the region, including the prestigious Tecnológico de Monterrey. Of the 8,160 technical and engineering graduates every year, almost 6,000 specialize in high tech.

Today, more and more companies in the USA and Canada look towards Mexico to leverage available tech resources due to a serious shortage of IT talent. Outsourcing software development projects to Mexico has never been easier: the geographical proximity means similar time zones, understanding of North American culture, and the opportunity of traveling for business between countries within a day.

Adding Diversity To The Workforce

One of the best parts of opening an office in a new city is being able to experience a different culture. At DIGI117, we believe that diversity in the workplace adds enormous value to our company and further strengthens our team. We are excited to learn and grow with our future Mexican colleagues.

Looking for a development team to outsource your software project? Reach out to one of our experts to help you find available resources.