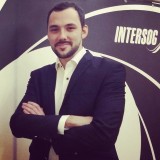 Experienced coders of all descriptions are in demand in Canada right now, and as locations go, the Pacific North West is no exception. As such, full stack developer salaries in Vancouver reflect a market where the supply does not keep up with the demand. If you have the skills to develop for all aspects of business on the web someone needs you.

Like most professional IT positions you will need a bachelor’s degree in computer science or engineering as the base qualification for the role of developer. It will be your years of on-the-job experience that determines the salary that employers will pay you ultimately.

You will need proficiency in current front and back-end applications, as well as an assortment of development tools. Fundamentally, as a full-stack developer, you need experience working with version control systems like Git and Github. You will also need skills in UI/UX design and wireframe translation.

Virtualization is taking over in operations in the Cloud, so you need to be familiar with the rapidly evolving tools for hypervisors and containers. You will have to do responsive design and show an awareness of the foibles of different web browsers.

Finally, you should have diverse skills in search, cloud computing and other admin functions like shell scripting and monitoring. It goes without saying that you need a full range of current front-end and back-end application programming knowledge.

As of February 2017, full stack developers in Vancouver B.C. earn an average of $81,289 annually (or $37,9 per hour), according to Indeed.com Canada, which is similar to the national average.

A survey of employment sites such as Randstad Canada indicates jobs in this field offer annual salaries of between $70,000 and $90,000, which confirm the published average from Indeed.com.

Vancouver is a great place to live. The moderate tax regime in British Columbia makes your dollars go further. Provincial tax rates are lower than other major urban areas, and the climate is much milder too. Vancouver is the most livable city in North America, says the Economist Intelligence Unit.

As a full stack developer in Vancouver, you can have rewarding employment options in computer science, as well enjoying the best lifestyle that Canada has to offer.

As with all careers in IT experience counts and the more experience you have, the better will be your earning prospects.

At Digi117, hourly rates for a full stack developer start at 30 CAD no matter if it's a contract, contract to hire or permanent resource